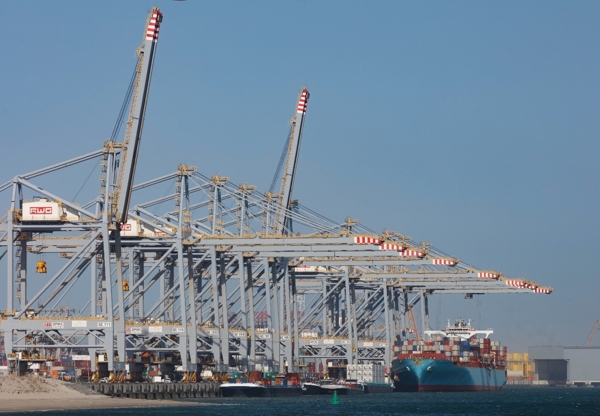 In recent weeks, European Parliament has voted to include shipping within the bloc’s carbon dioxide (CO2) Emissions Trading System (ETS), a scheme within which polluters have to pay for their pollution through the purchase of allowances. The move raises important questions for those involved in the practical end of shipping, while also challenging the perceptions of the role of the European Union in the shaping of the global maritime trade regime.

Europe remains central to the global trading system with a market of over 500 million consumers and counting for 15 % of global trade in goods. The bloc is located at the crossroads of global trade with well-established maritime links to both the Far East and North and South America and it already plays a crucial role in the agenda setting of world trade. The EU, and the European Commission in particular, is at the forefront of these efforts in light of its competence for the bloc’s trade. As such, the EU has gained an important role in the likes of competition policy, especially so in container shipping sector, environmental regulation and enforcement and the development of maritime safety and regulatory standards. However, the potential extension of the European ETS scheme raises questions over an expansion of the EU’s role as a normative power in world trade and whether it is the appropriate body, or if it indeed has the ability, to take such a prominent global role.

As reported in DynaLiners (38/20), shipping took a step closer to being included in the European Union’s greenhouse gas Emissions Trading System (ETS) approval from a parliamentary committee earlier this year (DL 29/20). The move comes amidst a myriad of new and updated policy initiatives aimed at reducing the bloc’s carbon footprint as well as reducing vulnerability to the ever-increasing frequency of world economic, trade and political upheaval. This policy portfolio has included the new EU Green Deal, aimed at the twin objectives of “boosting the efficient use of resources by moving to a clean, circular economy” and “restoring biodiversity and cutting pollution”. More recently, the bloc has released its Strategic Foresight Report (SFR), which aims to help “build collective intelligence in a structured manner to better chart the way forward for the twin green and digital transitions and to recover from disruptions”. Importantly, the SFR overtly discusses Europe bolstering its ‘open strategic autonomy’ and global leadership role.

The European Parliament has now voted to include shipping in the ETS, and it could take effect as soon as 2022. However, details and precise execution is still to be worked on. Overall, the European Parliament is in favour of applying the ETS to the entirety of a vessel’s voyage, including any undertaken outside of EU waters. The EU’s executive arm, the European Commission, favours applying the ETS only to those segments of the voyage undertaken within the EU’s territory.

The shipping sector, through various organs, is opposed to the whole idea, arguing that the International Maritime Organization, as a global body, is the only way to impose such a regulation. Otherwise, it is feared, various jurisdictions could follow the EU’s lead and result in the same sections of one voyage being charged multiple times, especially if entire voyages are covered by this or similar schemes. In this way, it has been argued by both the World Shipping Council and the European Community Shipowners’ Associations that the move ignores the complexity of the international and European shipping markets and the extraordinary variety that exists within the field of maritime trade. Additionally, the regulatory and administrative burden that would be placed on shipping’s numerous SMEs has also been highlighted. Indeed, the ECSA raises further concerns about the “proposal for a major recovery plan that identifies the maritime sector as a possible source of funds to support that recovery [from the economic damage of COVID-19]”. The EU’s proposal frames this latter point in the following manner, alongside it has called for a minimum 40% reduction in vessels emissions by 2030 and the establishment, from 2023 to 2030 of a so-called “Ocean Fund”. Revenues collected under the ETS will be used to make shipping more energy efficient, invest in alternative technologies and to protect, restore and manage areas affected by marine pollution.

The future of emission related and environmental regulation within the shipping sector appears to be at a crossroads. The recent developments may well act to focus minds on the size of the task ahead but could also end up in undermining the somewhat fragile consensus about the task ahead. The international nature of the shipping sector makes a unified response difficult, and with trade tensions rising between the US and China, but also simmering between the EU and the US, environmental regulation could become a prominent negotiating chip.

Vessel owners and operators remain at the mercy of these high level discussions, with both long and short-term investment decisions, operating margins and cargo availability all hinging on the outcome. As has been reported on numerous occasions in the DynaMarkets Monitor, there has been a notable drop off investment levels by companies looking to avoid short-term obsolescence, emission related costs and the ongoing uncertainty about the development of alternative fuels.
In conclusion, the actions of the European Parliament, while details remained limited and the implementation of the ETS in the shipping sector remain far from certain, the questions regarding the future normative regime at the heart of shipping, the most appropriate actor to develop and implement it and the role of individual states in this process is likely to generate considerable debate in the coming years.