A Pileup Of Empty Containers Building In The US East And West Coast, Repatriating Empties Major Challenge In Mid To Long Term 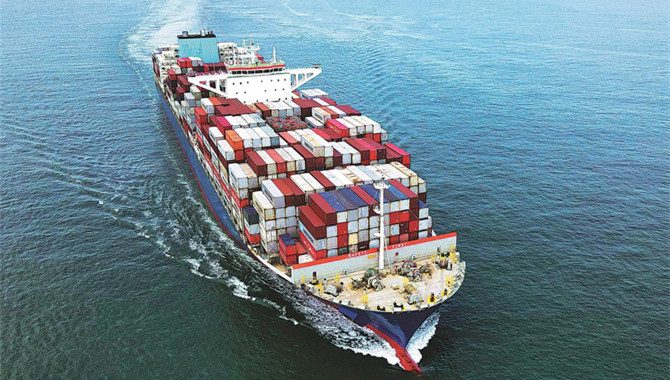 According to a recent analysis by Container xChange, one of the many challenges for the supply chain now is the overflowing container depots in the US and the pileup of empties that will push the container prices further downwards in the mid-term.

The analysis shows that container prices are declining in the US by as much as 30% in the past two months across the east and the west coast and more than halved at some ports from 2021 prices. Bigger carriers, as per a report by CNBC recently, are shipping empty containers back to Asia from the US to increase profitability and ensure that the high-value cargo from Asia reaches back to the US where the demand is.

“In general, logjams and disruptions lead to increase in container prices, especially in second-hand container prices because more container volume is tied up along the logistic supply chain. However, in the United States, there is a pile-up of empties as those containers cannot be repatriated back to Asia because of several disruptions one after the other in the past 2 years, and more recently due to the China lockdowns and Russia Ukraine crisis,” said Christian Roeloffs, cofounder and CEO, Container xChange.

“We might see a continued slide in container prices because depots are overflowing with the containers. Carriers and other container owners will be getting desperate to get rid of those units. Once we see depots overflowing (and this is also what we expect in the midterm once disruptions ease up a little bit), container turnaround times becoming faster and shorter again, container fleet utilization (the number of trips that container can take on average within a given year) increasing again, we do believe that container availability on a global scale will become more abundant again.”

“As more and more containers will be required to be stored in depots in the US and because the depot space is limited, there will be a massive downward push on container prices in the immediate short to mid-term.”

The average container prices for 40 ft HC containers at the port of LA dropped by 20% since late February from $3467 to $2754 in April. These prices are expected to further decrease in the coming few weeks according to the xChange trading insights tool. Similarly, the average price for 20 ft DC at the port of Los Angeles is $1661 as of 11 April 2022. These were much higher in the year 2021, peaking at $3080 towards the end of August 2021. Almost halved since the last year.

“It does seem that the China lockdowns have impacted the US logjam positively in the short term. But there will be a lot of disruptions when the lockdowns are lifted, and vessels will storm the east as well as the west coast ports. There will be an added element of panic shipping. This will further increase supply chain pressures and logjams in the US.”

“We know that the port labor unions are very aggressive negotiators, and the event has historically also resulted in work stoppages in the past. If that happens this year too, it will cause unloading and loading of cargo practically impossible. I am doubtful whether the negotiations are done within one and a half months because that’s effectively the time that we have before the current contract ends at the beginning of July. And it’s just doubtful whether the port and terminal unions will find an agreement with the employers by that time. This will of course lead to disruptions at the beginning of the early peak season shipping, a crucial time for the shipping industry, set to have implications on consumer demand fulfillment.”

“Beyond these US-centric disruptions, the global economic condition is creating many roadblocks for shippers, especially for small and medium-sized players. While the bigger companies do have an edge owing to the economies of scale at which they operate, smaller players are still struggling to devise strategies to pile up stock ahead of the peak season.”

“Owing to the intermodal congestion at the US west coast, a lot of shippers have refocused inbound cargo and US imports to the east coast ports that are traditionally smaller and less able to cope with such high volumes. They have been shifting this, and they continue to be shifting this. Even now that congestion or port waiting times are easing off on the transpacific in front of the ports of the west coast because we see these major lockdowns in China. So, this is already pushing through now to the wait times on the west coast. Shippers continue to head towards the east coast because they anticipate disruptions due to the labor union negotiations that now start in early May and pretty much coincide with an anticipated beginning of peak season. This is never a good mix when the peak season is about to start. Historically the east coast ports are not able to deal with such high volume. I don’t expect this condition to improve. There will be a lot of disruptions when the China ports start to open again, and we see a wave of inbound containers full of cargo on both the east and the west coast ports.” commented Roeloffs.