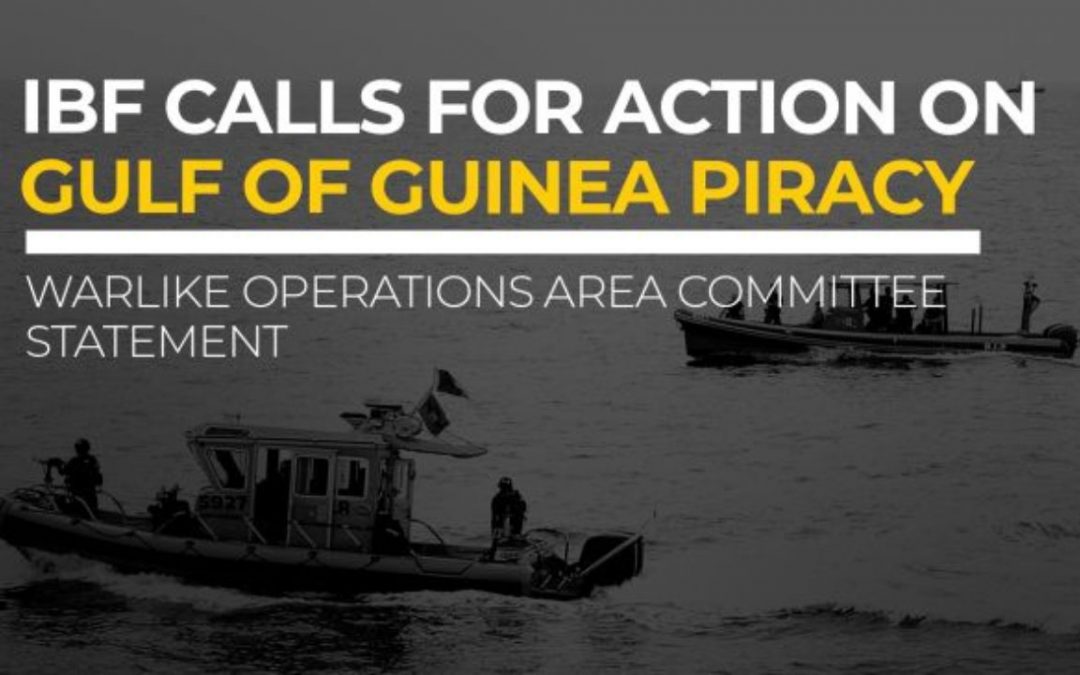 The history of piracy in the Gulf of Guinea dates back decades, but it is only in the past few years that the criminal model has taken a more sophisticated and violent turn. The growing number of attacks and successful kidnappings in the area is of serious concern to the international shipping community.

The ICC International Maritime Bureau (IMB) recently reported that 77 seafarers were kidnapped or taken hostage for ransom since January 2020. IMB further reported that the Gulf of Guinea off West Africa is increasingly dangerous for commercial shipping and accounts for around 90% of maritime kidnappings worldwide.

On 11 August 2020, the Joint Negotiating Group (JNG) representing maritime employers and the International Transport Workers’ Federation (ITF) representing seafarers’ unions held a virtual International Bargaining Forum (IBF) Warlike Operations Area Committee (WOAC) to discuss the rise in violent attacks against ships and their crew in 2020. The vast majority of the attacks or attempted attacks have occurred far beyond 12 nautical miles both east and west off the coast of Nigeria, ranging between 20 and 200 nautical miles.

The safety and security of seafarers is a top priority and as responsible maritime social partners, the JNG and ITF regularly monitor and discuss potential High Risk Areas (HRA). The IBF WOAC agreed that the issue in the Gulf of Guinea warrants serious concern and there is a need to gather further intelligence on where attacks and attempted attacks have occurred since January 2020 in order to discuss potential changes to the current IBF designation.

During a World Maritime Security Conference held in Nigeria in October 2019 the president of Nigeria insisted that the security and protection of maritime transport are fundamental for the development of seamless trade and effective economic integration. The conference also agreed a declaration that requested the nations in the region allocate more financial and logistical resources to the strengthening of national navies and coastguards currently fighting crime at sea.

During the IBF WOAC meeting, the ITF also requested the Committee consider steps to address the escalating risk emanating from the breakdown of a sustainable system for crew change worldwide because of the blanket restrictions imposed by governments as a reaction to Covid-19. Specifically the ITF is of the opinion that ports where governments refuse seafarers to sign off should be designated HRA since mentally and physically fatigued crew that are forced to work for over 11 months constitute a high risk to the seafarers lives and the environment.

The IBF WOAC agreed that the lack of effective crew change around the world is a risk and agreed to consider the request and its potential implications. ITF members of the IBF WOAC maintained its position and that ITF, its affiliated unions and its inspectorate would continue to assist seafarers that have finished their contracts and want to return home.