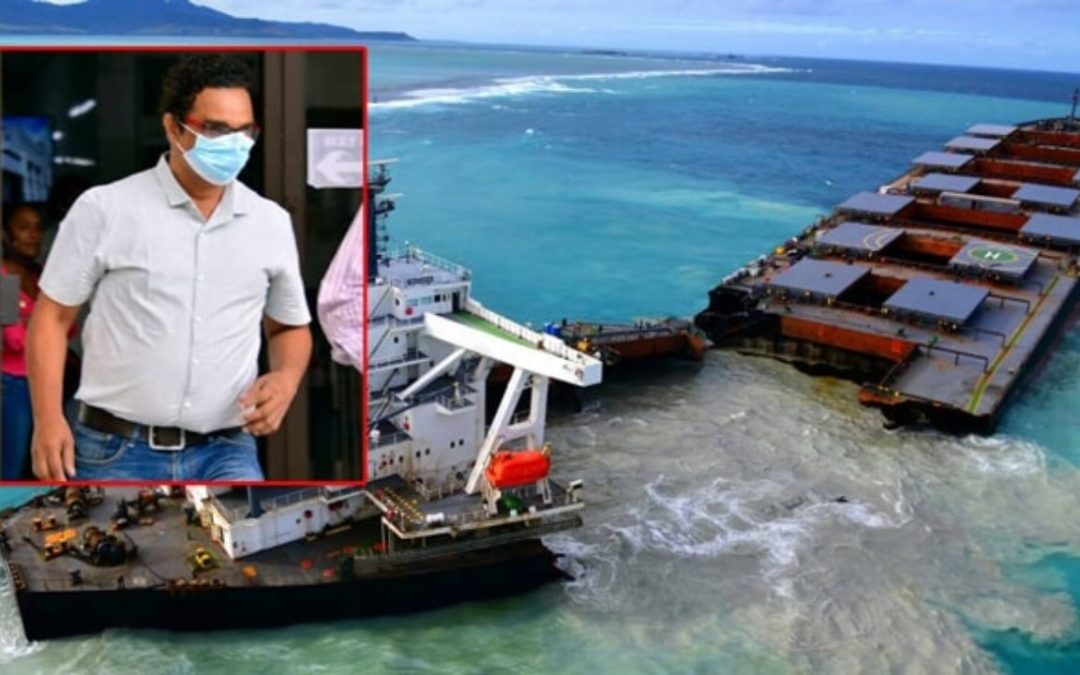 Close to exactly a month after cargo vessel MV Wakashio ran aground a reef on July 25th, the forepart of the ship that broke away when it split in two was finally scuttled on Monday, 24th Aug 2020. The bow section has been sunk into the ocean.

The ship, owned by Nagashiki Shipping, remained stranded on the reef for about 3 weeks when cracks in the hull led to an oil spill of about 1000 tonnes. The spill has triggered a nationwide environmental emergency in Mauritius that immediately deployed operations to siphon the remaining oil off the vessel. The ship eventually broke in two, owing to harsh waves from the ocean.

Coast guards, authorities and experts from France and Japan helped to control the damage of the oil spill and the marine pollution it had caused.

Meanwhile, the ship captain and the chief officer in charge of the ill-fated vessel had been placed in police custody. Their arrest was on the charges of “interference with the operation of a property of a ship likely to endanger its safe navigation” under articles 5(1) (b) (2) et (9) of Mauritius’s Piracy and Maritime Violence Act, which can lead to 60 years of imprisonment if convicted.

On Tuesday, The captain Sunil Kumar Nandeshwar and Chief Officer Tilak Ratna Suboda were taken to a district court in Port Louis to fulfil some formalities. Their next hearing is scheduled for the 1st of September, 2020. They could face up to 60 years of imprisonment if convicted.

As the captain remains in custody, the Government of Mauritius continues to finalize bringing in the Court of Investigation to look into the grounding incident. The objective of the Court of Investigation will be to understand the circumstances that caused the grounding of MV Wakashio on Point d’Esny. An official of the judiciary is expected to preside.