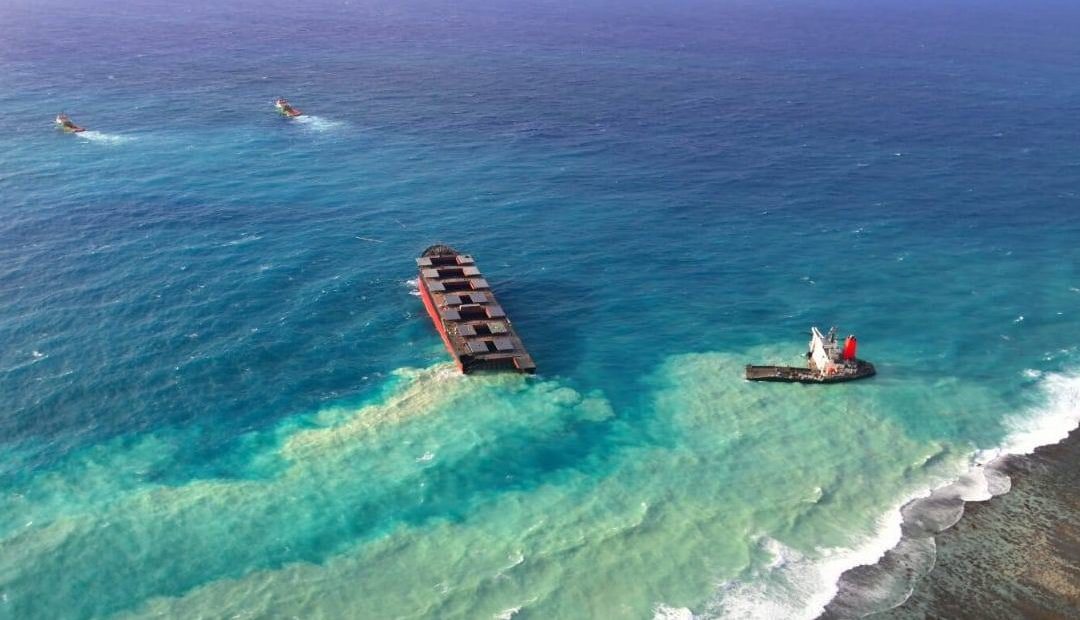 In a tragic incident happened near the ill fated MV Wakashio, 2 crew members died as their tugboat sank due to the collision with an oil barge which it was supposed to be towing.

The accident happened on the night of Monday 31 August when the Mauritius Port Authority tug boat, called the ‘Sir Gaetan Duval’ was towing the oil barge for transferring oil from the broken bulk carrier ship MV Wakashio.

They both faced difficulties with the heavy swell and collided with each other. Due to the collision, the tug experienced water ingress and it started to sink.

The crew onboard the tug abandoned it using life rafts which overturned due to high swell and nearby vessels found it difficult to locate and rescue the crew due to the current and darkness.

Out of the 8 crew members, 4 of them were rescued, however, 2 crew were found dead and 2 member remains missing, and search and rescue operation is ongoing.

The damage to the oil barge is yet to be assessed, and it is not clear if there is any oil leakage from it. The Wakashio Oil spill accident has been one of the biggest environmental disasters of 2020, and further oil leakage from the barge will make things worse.