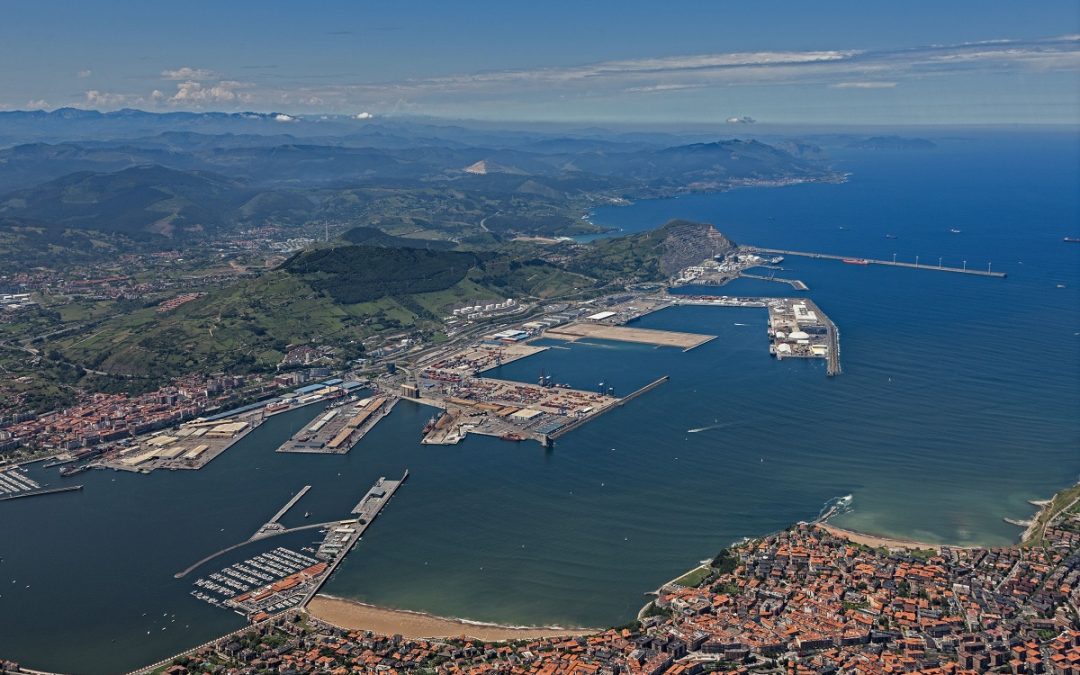 Between January and June, around 16 million tonnes of goods were exported or imported through the port of Bilbao, up 4.4% on the same period last year. In this respect, two areas are to be highlighted: firstly, the increase of more than one million tonnes in bulk liquid cargoes (+14%), mainly due to the recovery in refinery production and the increase in natural gas imports, and secondly, the increase in conventional cargo (+7), mostly attributable to paper and pulp, machinery and construction materials.

Likewise, ro-ro cargo (that which is loaded and unloaded from the vessel via a ramp and not by crane) continues to show a positive trend, with an increase of 29% up to June. Brexit, faster turnaround times and the increase in vessel capacity all favour the boom in ro-ro traffic, which will be even more noticeable in the second half of the year.

In this respect, the two ferry companies that handle ro-ro traffic have this year commissioned to their fleet more sustainable vessels with a greater capacity: Brittany Ferries (in March, the natural gas-powered Salamanca, on its crossing to and from the UK), and Grimaldi (the Finneco hybrid vessels, the first on 4 July and others to follow in August and September for Finnlines’ services to the Baltic and the northern seas).

In terms of traffic, special mention should be made of project cargo (special shipments), with a 6% increase up to June in the number of oversized parts entering the port to be shipped.

On the other hand, container traffic fell by 2%, mainly due to the reduction of metallurgical and iron and steel cargo. However, the congestion issues caused by the transport strike seem to have been overcome, with significant growth in recent months that is not yet reflected in the accumulated figures. Finally, bulk solids fell by 25%, due mainly to a reduction in traffic in non-metallic minerals, scrap metal, cement and clinker.

Larger vessels and a strong recovery of passenger and rail traffic.

In terms of vessel activity, figures at the end of May show a total of around 1,300 berths of larger vessels (large tonnage), due to the increase in the number of calls of passenger ships and liquid bulk cargoes.

In terms of passengers, the port of Bilbao has been the gateway to the Basque Country for 84,814 people, compared to 7,840 last year. This figure reflects the return to normal in passenger traffic and the effect of the commissioning of the new ferry, which is twice the size and has increased capacity compared to its predecessor. Figures to June show 78 ferry services with the United Kingdom and/or Ireland have docked in the port, as well as 37 cruise ships.

Additionally, rail transport has continued its upward trend in the first half of the year, with a 7% increase in the number of trains, which translates into 2,208 units.

As for the main markets, the traffic that has grown the most is that with the United States (+1.6 million tonnes), due to the increase in gas and crude oil imports. Conversely, the traffic that has fallen the most is that with Russia (-1.5 million tonnes), mainly as a result of the fall in imports of hydrocarbons and gas. Traffic with the United Kingdom and the Republic of Ireland continues to rise, with increases of 622,000 and 47,000 tonnes, respectively.

In short, the Port Authority is confident that the growth in traffic will be sustained during the second half of the year, despite the high degree of uncertainty attached due to the war in the Ukraine, the economic situation worldwide as a consequence of the Covid-19 pandemic and rising inflation. Furthermore, the signing of the stevedoring agreement has now made it possible to recover lost traffic, to attract new customers and to reach new markets. Together with the port community, the Port Authority is working to ensure that this growth goes hand in hand with greater economic, social and environmental sustainability. For this reason, a large part of the activities, investments and projects are focused on delivering these objectives

Turnover up by more than 4% and EC support for sustainable and innovative projects in the port of Bilbao.Turnover amounted to EUR 32.6 million between January and June, compared to EUR 31.3 million in the same period of 2021, a year-on-year increase of 4.1%. Net bank debt at the end of the half-year stood at EUR 8.8 million, 0.3 times EBITDA.

The financial and management autonomy of the Port Authority enables it to use its own resources to develop port infrastructure, maintaining a very moderate level of debt. In terms of subsidies secured for the port, the following can be highlighted in the first half of the year:

The BilbOPS project for the electrification of the docks for all regular lines of the port of Bilbao (BilbOPS) has been selected by the European Commission, under the Connecting Europe Facility (CEF) 2021-27 grants programme. The project has already been awarded a grant of EUR 4.3 million for the new A5 Dock through the Recovery and Resilience Facility. The current award would mean a subsidy of 30%, i.e. EUR 14.2 million for the cruise, ferry and container docks of the port.
With a view to developing an innovation ecosystem in the Port of Bilbao, four grants of EUR 15,000 have been obtained through Bilbao Portlab in the Ideas category of the second call for proposals of the Ports 4.0 Innovation Fund. Of the total of 30 ideas approved for the port system as a whole at the meeting of the Interport Compensation Fund on 1 July, four correspond to the Port of Bilbao.